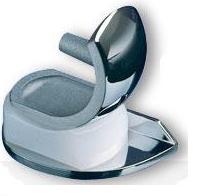 The Oxford is the only true mobile meniscal bearing knee system approved for use in the U.S. This design allows the femur (thigh bone) to always be in equal contact with the tibia (shin bone). As the knee flexes, the polyethylene component (plastic spacer) is allowed to move slightly. This allows more uniform contact between the components. Thereby lowering contact pressures and wear. A study has shown an average penetration rate of only 0.03mm per year at a mean follow-up rate of 10.9 years.

How long do they last? 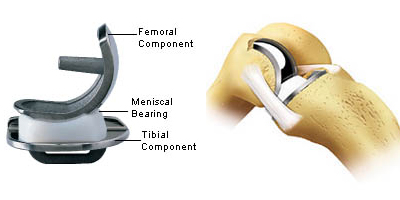 How is it implanted?

The partial knee replacement is performed through a minimally invasive incision. The incision is generally 3 – 4 inches long (middle of the patella to the tibial tubercle). The arthritic portion of bone is then removed from the tibia (shin bone) with a saw. Next, the arthritic portion of the femur (thigh bone) is removed with a saw and reamer. Finally, the appropriate size polyethylene (plastic tray) is chosen and inserted after the components are cemented in position. X-rays are obtained to evaluate component position.

How long am I in the hospital?

Because the amount of bone resection and tissue dissection is significantly less, your hospital stay is greatly decreased. Often, patients are able to return home post operative day one. The patient’s mobility is greatly increased as well, and rehab stays are generally unnecessary.

Can anybody that has knee arthritis have an Oxford Unicompartmental Knee Replacement?

How do I know if I am a candidate for this procedure?

If your knee pain is primarily located along the inside portion of your knee, you may be a candidate. Remember, there are many conservative measures to control arthritic pain (exercise, weight loss, medication (glucosamine, anti-inflammatories), assistive devices and injections (steroids). When these measures have failed and you are no longer willing to allow your knee to curtail your activity, surgical intervention may be appropriate.

Who performs this new procedure?

Dr. Rhode was among the first group of American orthopedic surgeons trained in September, 2004 to perform the Oxford partial knee replacement (Unicompartmental Knee Replacement). This innovative device has been performed in Europe for several decades and now has received FDA approval for use in the U.S. Only surgeons trained in the procedure are allowed to implant the Oxford.